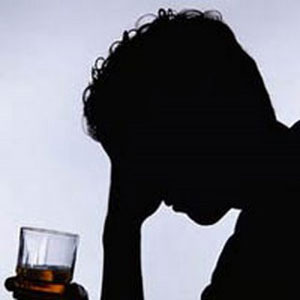 Most adults are familiar with the signs of intoxication. Alcohol is a depressant, and quickly absorbs into the body’s bloodstream, altering nerve function through its affects on the brain. This leads to impaired motor skills, vision, and cognitive and verbal abilities. At a certain point, alcohol will decrease the heart rate and circulation of its user, inducing vomitting, and can lead to coma or death in its highest levels.

These examples may describe a singular encounter with alcohol, where as alcoholism refers to a long-term medical condition where alcohol abuse has become a regular part of an individual’s life. The effects of chronic alcoholism can be observed in all bodily systems.

Prolonged alcoholism has devastating effects on the gastrointestianl system. Repeated acid reflux and stomach inflammation can cause bleeding and pain in the esophagus, as well as stomach ulcers and a low appetite. Inflamed blood vessels can form in the esophagus due to liver disease and often result in death if or when they burst. An inflamed pancreas can result in extreme pain and discomfort for alcoholics, or can cause ongoing diarrhea and a lack of nutrients throughout the body. The liver can become fatty and enlarged, developing cirrhosis or hepatitis.

Blood cells are heavily affected by ongoing alcoholism. White blood cells that boost the immune system decrease, while red blood cells become enlarged, making the alcoholic prone to blood clots and cancer cells. Blood pressure is also raised over time, putting strain on the heart and exposing it to a number of diseases.

A toll is taken on the alcoholic’s cognitive function and nervous system, resulting in blackouts, memory loss, sleep problems, learning disabilities, parathesia and equilibrium malfunction. Fertitlity is also heavily decreased in both men and women.

It is important that society becomes conscious of both the short term and long term affects of alcohol abuse, as alcoholism does not discriminate between race, gender, class or age, and can become a serious illness if left untreated. Alcohol addiction rehabilitation is available to individuals suffering from alcoholism. Contact an alcohol addiction facility today to begin the process of recovery for yourself or a loved one.